Habitat fragmentation of human-influenced landscapes leads to a decrease of the total area of suitable habitats, reduced connectivity among the fragments and to other qualitative alterations that have resulted in the disappearance of many populations, limitations in gene flow and reduction of their reproduction potential. This project was aimed to find systemic ways to remedy the negative impacts of fragmentation in the Czech Republic.

We have proven that the Czech Republic has strongly homogeneous landscape structure and suffers from extreme fragmentation of land ownership. We consider land conslidation to be a universal socio-economic tool to alleviate the consequences of a large-scale fragmentation of agricultural landscape since it can significantly strenghten the farming prosperity on the basis of land ownership. The project proposes several alternative scenarios of agricultural policy with the rules acceptable by farmers, and incorporating a system of direct subsidies eg. through agri-environmental measures. On the level of landscape as a whole we suggest to optimize the block size of arable land when looking for a balance between economic and ecological requirements and to incorporate the findings into processes of land consolidation. We have demonstrated that habitat connectivity reflecting the extent of fragmentation alarmingly decreases especially in nonforest landscapes. Therefore, we suggest as appropriate to implement management measures to mitigate the effects of fragmentation preferably in open farmland across scales from the fine microhabitat scale to the coarse-grained landscape scale. In order to categorize the targeted regions we have prepared methodological proposals for quantification of fragmentation and connectivity rates using chart-based indices and common landscape metrics. In model areas we successfully tested habitat mapping on a fine scale using satellite data with high resolution. Important outcome of the project is an interactive web mapping application for modeling the connectivity of the main types of land cover across the Czech Republic. It provides access to our results for a wide range of users from the viewpoint of operational assessment of the fragmentation rate in landscape context. Developed methodology and web mapping application enable spatial modeling and sharing of maps for any habitats and regions if provided with appropriate categorical GIS layers. The land consolidation and selected tools of agricultural policy are universal remediation steps for reduction of negative impacts of fragmentation in the Czech Republic, but their effectiveness can be purposefully enhanced in the targeted areas using GIS tools. We presents spatial visualization of modeling results in shared digital maps as suitable for planning of locally targeted land and landscape protection in accordance with requirements of the taxa of conservation priority.

Particular projects were carried out on the level of selected taxa as invertebrates, amphibians, birds and lichens. Their results have been comprehensively evaluated and have conclusively shown that we cannot apply one universal management measure for the effective remediation of all negative impacts due to habitat fragmentation in the country. Fragmentation may be perceived specifically by the taxonomic units according to their own ecological requirements and on scales on which they apply the requirements. Additionally, populations of different species are distributed unevenly, they are subject to various dynamics and have their own particular perspective of perceiving the habitat disconnectivity. In line with this diversity of attributes, the effects of fragmentation rate extremely varies among taxa in space and time. Therefore, beyond the widely versatile land consolidation and agricultural policy measures, we propose to implement particular schemes of consecutive activities in compliance with ecological requirements of targeted taxa as required but with different effort in different regions. However, that requires a consistent taxonomic monitoring and appropriate updating of widely available online databases of species occurrences, additional basic and applied research for designing of proper management measures at local and regional levels with subsequent monitoring of their effectiveness. The project significantly contributed to the first part of that scheme - taxonomic monitoring for deeper knowledge of the large-scale spatial structure and abundances of purposefully selected taxa. We substantially extended the databases of occurrences of invertebrates as insects, spiders, birds (all breeding species, breeding and wintering waterfowl in detail) and epiphytic lichens. We collected many new primary data that has been entered into the database AVIF (Czech Society for Ornithology) and NDOP Database with map portal MapoMat managed by the Nature Conservation Agency of the Czech Republic. The data is made available for use by all nature and landscape protection agencies in the country by storing in archives intended to catalogize the flora and fauna of the Czech Republic. Data include the first recent records for some taxa and localities including two new species of spiders for the Czech Republic and two apparently hitherto undescribed species of invertebrates. Specific products of the project are the database of danger segments of roads with increased mortality of amphibians, the database of breeding areas of the Northern Lapwing in agricultural landscape, and the comprehensive database of breeding birds which will be used for elaboration of the Atlas of Breeding Birds in the Czech Republic. This Atlas is methodologically consistent across the country and may thus provide reliable and actual data for objective identification of priority areas requiring specific management of indicator bird species which can act as umbrella species for any other taxa. We used presence datasets of selected invertebrates (necrophagous beetles), birds (Northern Lapwing, wintering waterfowl) and amphibians (migrating frogs) in predictive modeling of species distributions, which is presented as a useful tool for efficient planning of species monitoring in areas currently lacking a systematic survey. Cooperation with volunteers skilled in local conditions has proven be profitable in preparation and completion of online databases. Therefore, an important part of our work we consider a) systematic popularization of scientific findings which are applicable in both general nature conservation and species-specific protection, and b) repeated promotion of really applied conservation measures. Systematic popularization and communication promotes effective cooperation at all levels, from local volunteers through the coordinating researchers toward the ministry departments, which are competent to officially implement the proposed measures on a national scale.

The particular research within the studied taxa brought a number of specific methodological and management recommendations. Our methodology of management of highway edges paved the way for efficient and cost-saving maintenance of these linear structures as refuges and migration corridors for invertebrates.  The catalogue of dangerous segments of roads with high mortality of migrating amphibians due to car traffic is a powerful tool to support the populations of the species in question. Each segment is provided with detailed description, situation maps and proposals for specific protection measures. We showed that unreclaimed quarries and their immediate surroundings with diverse habitat mosaic represent specific environments with a potentially refugial nature for a variety of invertebrates, particularly for xerotherm specialists of various trophic levels and ecological guilds. A suitable management step therefore is to include these and similar artificial landscape elements into the existing system of protected areas in particular for species with metapopulation structure. We revealed high risk of fragmented wetlands for populations of waterfowl and other wetland birds; therefore we highlight the importance of wetland concentrations (as pond systems) for the occurrence of breeding as well as wintering species regardless of any actual protection status of the sites. We particularly illustrate the need to alleviate the intensity of fish farming in order to support populations of waterbirds; it's all about reducing the density and structural improvement of fish stocks in selected fishponds. Experimentally we have shown that the reduction and adjustment of the fish stock reinforces the numbers and breeding success of waterfowl. In order to protect populations of the Northern Lapwing, a shorebird inhabiting moist habitats in agricultural landscape and supporting presence and survival of other taxa as an umbrella species, we proposed a specific agri-environmental and climatic measure on arable land that has been already included among the titles subsidized by The Ministry of Agriculture of the Czech Republic. The results of scientific publications conducted within the project provide further support for the general recommendations reinforcing the abundance, diversity and species protection in agricultural landscapes. They include the requirement of systemic dose reduction of non-selective insecticides in field ecosystems, wider application of winter stubble at the expense of deep plowing to improve conditions for wintering of some endangered species as well as extension of field lanes and hedgerows in the countryside as a part of land consolidation processes. We reasonably recommend to reduce over-afforestation of agricultural land. On the contrary, we appeal for more consistent protection of naturally and still spontaneously evolving fragments of native (primary) forests, representing important refuges of unique lichen communities; we also appeal for the extension of protection zones of these ecosystems into which the unique species penetrate.

Within the project we managed to specify the actual fragmentation rate of different habitats and impacts on the model groups of organisms with different sensitivity and thereby to identify problematic areas, which would be directed to a targeted and effective management measures. However, the results of particular sub-projects also show that it is desirable to implement various steps of the proposed scheme more systematically and consistently, with a special focus on species monitoring in less explored areas and in locations of high priority in line with the results of predictive models. In subsequent projects, therefore, it appears desirable to extend the research to other types of biotopes that may represent new and overlooked refuges or dispersal centers (eg., areas designated for reclamation, suburban and industrial zones, urban-rural gradients etc.), and strive to involve hitherto neglected taxa (mammals, hymenopterans, plants etc.). At the same time, a wide promotion and popularization of all management proposals is required because only the mutual interconnection of many favourable sites with locally stabilized populations may mitigate the effects of habitat fragmentation at the landscape level and ensure their effective long-term protection. 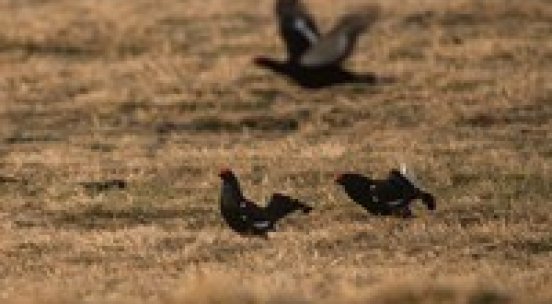 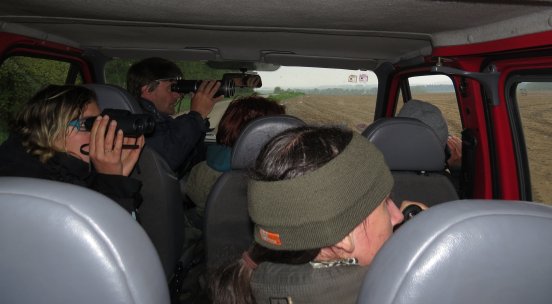 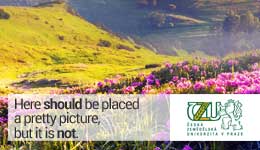 Project Fragmentation is also mentioned in a film

Attendance at the International IWSG Conference in Iceland